My Thoughts About Control 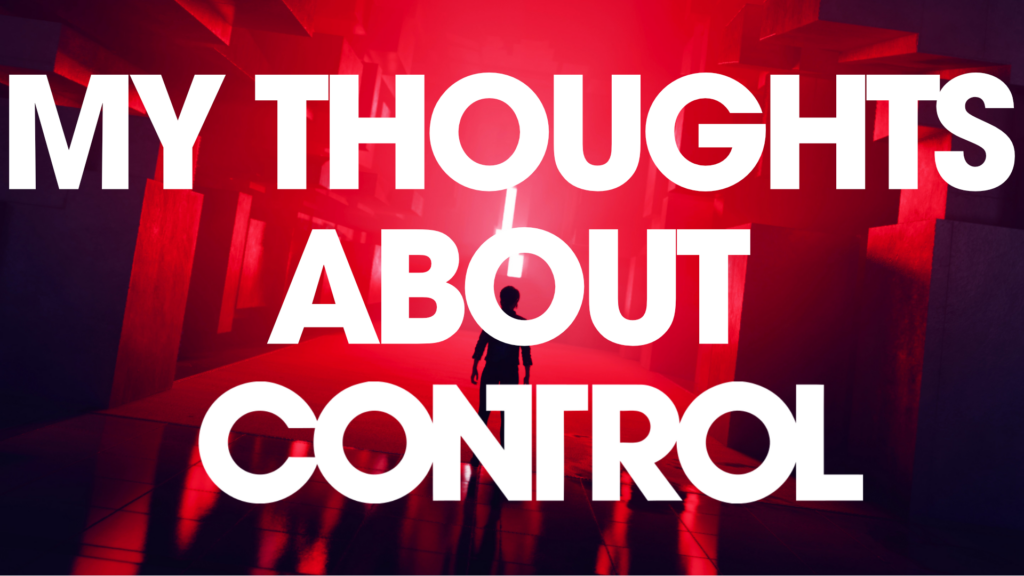 Control is a 3rd person action game made by Remedy, the developer behind the original Max Payne and Alan Wake and it was released to a great critical acclaim in mid-2019.

The story can be confusing, and honestly, I am not even going to attempt to explain it, as I am not sure that even after completing this game with all its DLCs and reading hundreds of in-game documents I understand it fully. What I can tell you is that you are playing as Jesse Faden, who upon arriving to the Headquarters of the Federal Bureau of Control, a government agency that investigates supernatural phenomenon’s, is appointed its director. The premise is that the building itself is supernatural and it’s changing and shifting as you play and it is under attack by something called The Hiss, that took over most of the occupants and turned them into violent creatures.

Jesse has to fight through them to find her brother, who she believes was taken by the agency when they were kids, understand her own past and discover what happened in this building.

The gameplay is phenomenal in my opinion and it has one of the best combat systems I ever experienced. You receive a shapeshifting gun in the beginning of the game and it can be used as a pistol, SMG, Grenade launcher and more as you unlock those modes throughout your journey. Another mechanic that the game utilizes is Jesse’s supernatural abilities she receives by interacting with objects of power, supernatural items you will find by doing main and side missions. Those abilities are useful and very fun to experiment with and you will find your preferred game style as you progress.

Something worth noting is that in Control you actually can’t select your difficulty and it’s the same for everyone. There are a couple of difficulty spikes but it’s pretty manageable. Also, there is a small penalty for every death, losing 10% of your source, in game currency used for upgrades, but if you are really struggling you can use accessibility options, that don’t void the trophies by the way. They were introduced with AWE DLC, and are available for all players, even those who don’t own the said DLC. With accessibility options you can make yourself invincible and kill every enemy, even bosses, with a single hit, so you can make the game incredibly easy if you wish, although I believe it takes away the fun, but hey, I won’t tell you how to play.

From a technical perspective, on PlayStation 5 you can either choose 30fps with Ray Tracing or 60fps without it. The thing is, although the game looks amazing with Ray Tracing on, I actually experienced some ghosting when moving the camera quickly and it bugged me enough to actually switch it off. Loading times are almost instant if you are fast traveling to a relatively close location, yet they are present if you travel a little further, but don’t get me wrong, they are not bad by any means, usually less than 10 seconds. My favorite PS5 exclusive feature is adaptive triggers and I really enjoyed it, as every single gun mode feels substantially different, however my hands were actually hurting after playing for extended periods of time, so I guess it’s a tradeoff and comes down to personal preference. 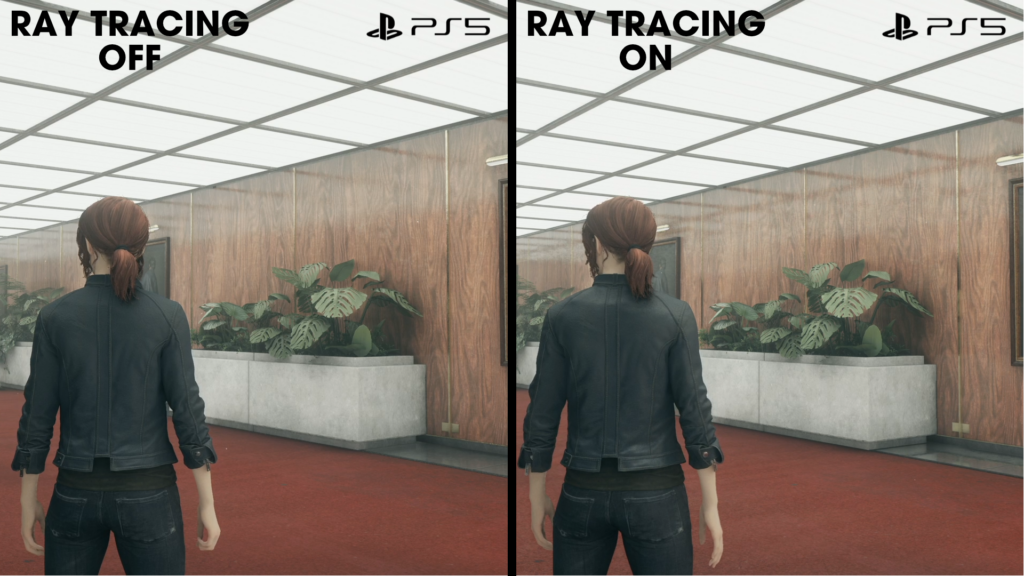 PlayStation 4 version is unfortunately is worse, as you will experience some performance hiccups in busy fights. Loading times are noticeable as well and can take up to a full minute, but on the brighter side that way you can make yourself a cup of coffee while waiting. I would say that if you own a PlayStation 5 or getting one really soon just play the better version, but if you don’t it’s good enough. 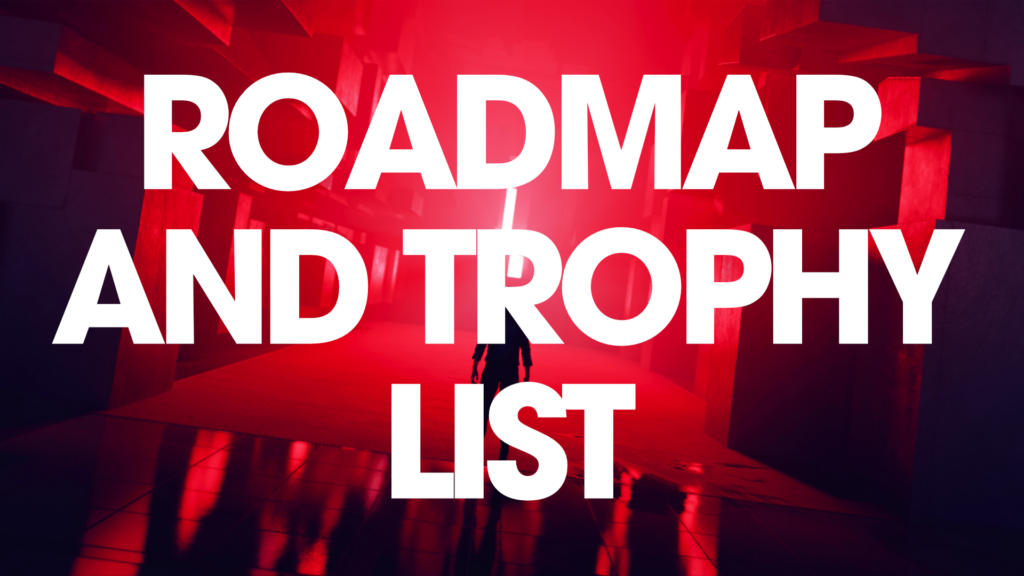 As for the platinum trophy, it’s actually very straight forward. Nothing is missable and by just playing the game normally you will likely unlock most of the trophies.

You can approach it in any way you like, as you will need to complete all the 10 main and 18 side missions, finish 25 mini challenges, that I will talk about in a minute, find 120 out of 242 collectibles, spend 100 ability points and get a couple of miscellaneous combat related trophies.

By the way, I would actually recommend you to finish the side missions even if you decided not to go for a platinum trophy, as they reward you with extra abilities and the best boss fights in the game, and it’s actually mind boggling to me why they were not in the main story.

There are 2 types of mini challenges in the game, and I would recommend to do them throughout you story playthrough, as they are easy to complete but can be annoying if you wait until the end of the game.

First type of challenges is Board Countermeasures. You can choose up to 3 of them in any given time at the Control Points, which is basically your fast travel locations. They are mostly consisting of killing certain enemies with a specific weapon or at specific location and you can always just abandon them and pick up new ones without any penalties if you struggle with a particular one. By paying a little attention you will complete all 25 of them you need for a trophy in no time.

The second type is Bureau Alerts. Occasionally you will get an alert and by traveling to the relevant area, which you will see on the map by the way, and killing all the enemies there you will complete it, but if you die it will fail and you will have to wait for a new one. Keep in mind, they are random, so I did try to complete them as soon as possible to avoid waiting for them post game, as you will get more than enough opportunities while playing normally.

Other than that, combat trophies are fun and quick, and collectibles did come naturally to me, as you need to find less than half of them, and they are mostly in plain sight if you do a little exploring, which I like to do anyway, so I got that trophy without using any guides around halfway through the story. In the DLC’s though you will need to find all the collectibles, so you will need a guide there, but there are not as many of them, and it’s not the focus of the article anyway, just though that it’s worth mentioning.

Probably the last trophy you will need to work for is spending 100 Ability Points that you use to, well, upgrade your abilities. They can variate from getting more health to more offensive ones, that will help you to dispose your unlucky enemies with extra ease.

After finishing all the missions, you might still miss a couple, but don’t worry, as there are 19 hidden areas in the game, and finding each one of them will reward you with an extra ability points, so this might be the only instance of using a guide in your entire base game playthrough.

All the other trophies should come naturally to you, but if you are still missing a couple of them, you can just check their description, as they are very easy and clear on what you should do.

With a difficulty of 4/10 without accessibility options or 2/10 with them on, and around 20 hours of free time you will add another platinum trophy to your collection. 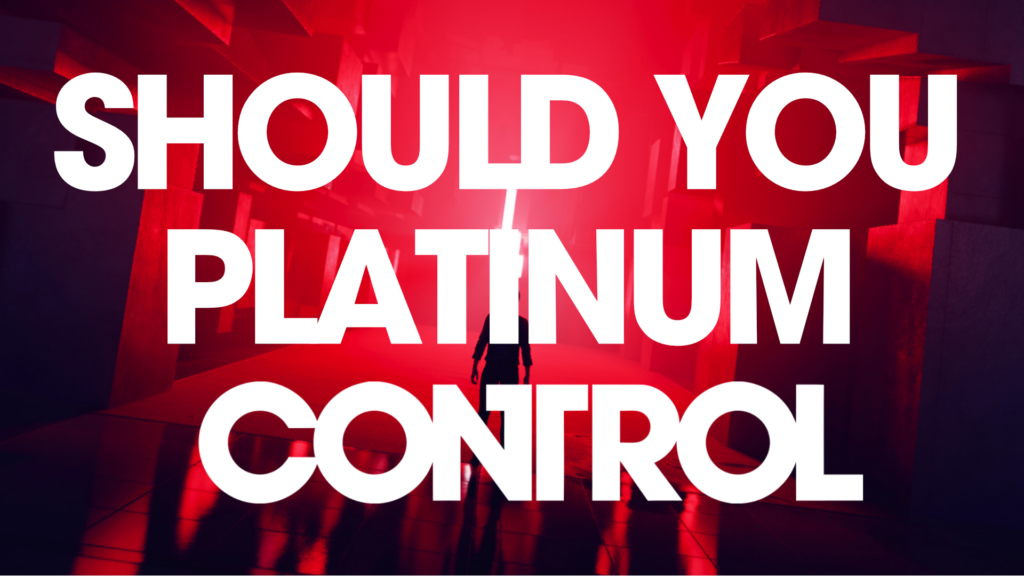 So, should you go for a platinum trophy in this game?

Hell yeah you should, as this is very fun and straight forward platinum trophy that actually made it not into one, but both of my best platinum trophy lists I made so far and absolutely anyone can get it, because of accessibility options, and have a great time while doing so.

Thanks to fun gameplay, no missable trophies and the fact that you don’t need collectibles guide, made this one, one of the most chill and enjoyable platinum experiences I had recently. And if you are a PS Plus subscriber since February 2021 or prior you should have it in your library anyway.